Microsoft’s Windows Phone has become a major mobile platform with millions of users in the United States and all over the world. As the successor to the Windows Mobile Platform, Windows Phone stands its ground against both iOS and Android as a top mobile platform, offering an excellent environment for enterprise-grade as well as games and entertainment apps.

Windows Phone features an exciting tile-based user interface (UI) which is developed with the help of the Metro design language. Along with Metro Style UI menu displays, Windows Phone is now capable of supporting numerous software and applications that were not available on the Windows Mobile Platform.

While Windows Phone is not as popular as iOS or Android, the demand for Windows Phone app development has seen a steep rise worldwide in recent years. To ignore Windows Phone amounts to ignoring millions of mobile users, which is something that no company or organization should do. 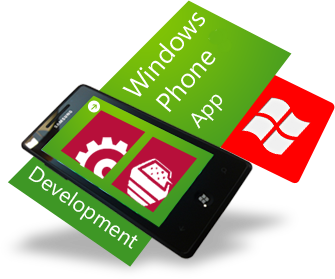 As a web design and development company based in Houston, Texas, we specialize in working with Microsoft-based as well as open source software frameworks, which enables us to provide high-quality Windows Phone application development, creating fully-functional, easy to use applications. We are a certified Microsoft partner and harbor experienced and highly skilled Windows Phone app developers. Our mobile developers have a vast knowledge of the entire Windows Phone SDK (Software Development Kit), including C# (C sharp), and Java.

Creation of a suitable design for the application

Programming and coding the application with care

Apart from the solutions above, we can also offer you custom Windows phone app development that caters to your specific needs. Please contact us to find out more.